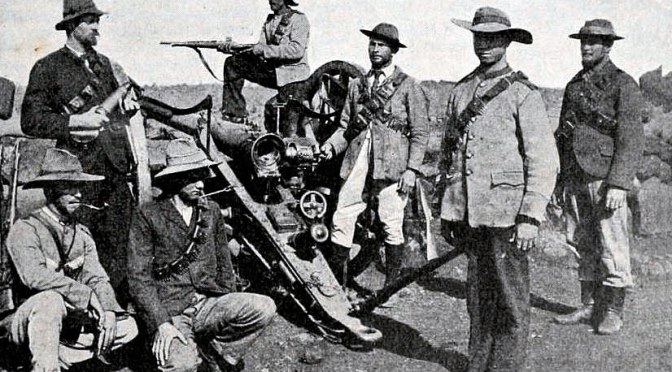 A number of interrelated factors led to the Second Anglo-Boer War. These include the conflicting political ideologies of imperialism and republicanism, the discovery of gold on the Witwatersrand, tension between political leaders, the Jameson raid and the Uitlander franchise. This is your opportunity to learn more as we visit some of the battle sites and museums.

These wise words from Maya are the inspiration and reason why we do this cultural tour. This will help you understand the when and why of this important part of our history.

Those that have been on tour with us knows how passionate George are when it comes to history, don’t miss this opportunity to share in his knowledge and stories of great battles like :

Day 1
We will arrive throughout the day and meet up at Reyneke Park Campsite. Reyneke Park is situated on the N8 towards Petrusburg/Kimberley.

Day 2
We’ll start our tour with a visit to the National Women’s Monument. This is a monument commemorating the suffering of some 27,000 Boer women and children who died in British concentration camps during the Second Boer War as well as the Bloemfontein Concentration Camp.
After lunch we make our way to the site and monument of the Battle of Sannaspos.

Day 3 & 4
Petrusburg – Many battles were fought around Petrusburg of which the most famous were The Battle of Paardeberg and The Battle of Poplar Grove.
Kandirri will be our base from where we will explore and visit the actual battlefield sites, graveyards and monuments. This is camping with lions roaring throughout the night.

Day 5 & 6
Kimberley – The center of all the drama and one of the besieged cities during the war. Places we’ll visit includes the Big Hole Museum, McGregor Museum and the Kimberley Transport and Railroad Museum.

Day 7
Eureka Farm – This farm with its exclusive bushcamp is situated 3km form the Mokala Game reserve.
The Battles of Modder River and Magersfontein are next up on our Battlefields itinerary. Both these were big battles where extremely valuable lessons were learnt that would not only change the way war were fought going forward but also in world wars to come.
It was here at Magersfontein, that General P A Cronje and his Boer troops defeated the English forces of Lt Gen Lord Methuen who were on their way to relieve besieged Kimberley. Methuen planned to attack Magersfontein at dawn on 11 December 1899, using General A G Wauchope’s Highland Brigade as his main assault force. Methuen believed the Boers were positioned on high ground and ordered his artillery to shell Magersfontein during the afternoon of 10 December, thus sacrificing a possible surprise attack.

Day 8 – 9
Mokala National Park – The name “Mokala”- which is a Tswana name for the Camel Thorn tree (Acacia Erioloba) which grows in the area.

Day 10
Orania – En-route to Orania we visit the last 2 remaining Battlefields on this tour. The Battle of Belmont and Graspan where the Boers made it difficult for Methuen to reach Kimberly that was besieged….

What do you need:

2 way radios will be supplied by ourselves.