Gonarezhou – Place of many Elephants

There are few truly wild places in Africa that remain unspoiled by mass tourism and for the time being, Gonarezhou is one of them. We explored the park and booked the best campsites to introduce you to this wonderland teaming with wildlife and birds.

Located far from the heavily tramped northern circuit, Gonarezhou is an absolute jewel of a wilderness area. We only saw one vehicle in 5 days, making this a true African wilderness. 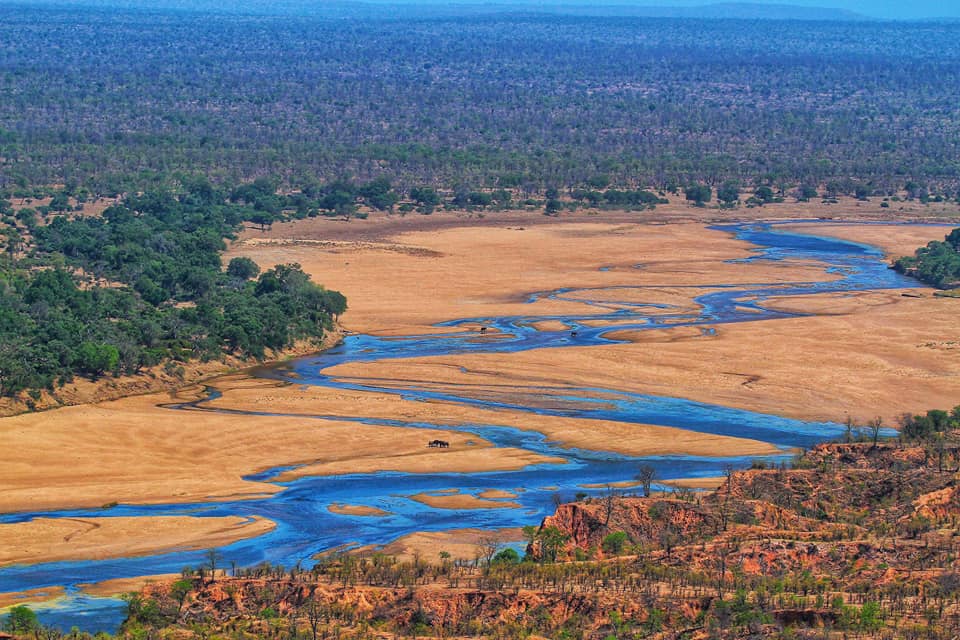 Gonarezhou National Park is a national park located in south-eastern Zimbabwe. It is situated in a relatively remote corner of Masvingo Province, south of Chimanimani along the Mozambique border. Owing to its vast size, rugged terrain and its location away from main tourist routes, large tracts of Gonarezhou remain as pristine wilderness.

At 5,053 square km, Gonarezhou is the country’s second largest game reserve after Hwange National Park. Gonarezhou is a Shona name meaning “The Place of Elephants”

It forms part of the Great Limpopo Transfrontier Park, a peace park that links Gonarezhou with the Kruger National Park in South Africa and the Limpopo National Park in Mozambique. Animals can move freely between the three sanctuaries.

The tour will either start at the Punda Maria gate or alternatively at Beitbridge border post. This will be assessed closer to the time and will be dependent on the level of the Limpopo river which we need to cross into Mozambique en-route to Zimbabwe. We will ease your border post fears and will help and guide you across.

The next 3 days will be spend in Gonarezhou. We will camp in camps with full ablutions to one’s without while exploring the surrounds and taking photos that other will envy. All this while the wildlife regularly visit the campsite. This nature wonderland will leave you in awe and truly in love with it. This is a big bucket list to do thing.

Next on our itinerary will be Vumba mountains and the botanical gardens for 3 nights. The Bvumba Mountains, in the Eastern Highlands is overflowing with life all year round. The lush botanical gardens and luxuriant forests are fantastic for walks, especially for those interested in botany and bird watching. The mountains offer some spectacular views over the highlands and tropical lowlands of Mozambique. With plenty of activities to choose from, the mists of Bvumba mountains make it a great escape from the  lowland heat.

Optional things to do around Bvumba and Mutare :

A definite to do and highly recommended by Trans Africa is a guided bird walk at Seldom Seen. This is a well known site for bird watchers who want to glimpse some of the rarer and more secretive of the Southern African forest birds. The name is a pun: you seldom see the birds but you often hear them! So bird watching here can be hard work – but very rewarding if you are patient. Seldom seen offers the services of an extremely good guide for those that need help.

Last but not least will be the Great Zimbabwean Ruins for 2 nights.

The Great Zimbabwe ruins are the largest collection of ruins in Africa south of the Sahara. Located in the heart of southern Africa, between the Zambezi and Limpopo Rivers, they are testament to a culture of great wealth and great architectural skill.

Built between the 11th and 15th centuries, Great Zimbabwe was home to a cattle-herding people who also became adept at metal-working. The ruins are the largest of their kind on the Zimbabwe Plateau, but they are by no means unique. Other, smaller sites were ransacked by European treasure-hunters in the 19th century. These smaller ruins are called Zimbabwes and can be found as far as Mozambique.

The soapstone birds are one of Zimbabwe’s symbols. They are eight birds carved in soapstone that were found in the ruins of Great Zimbabwe. These eight sculptures combine both human and bird elements. For instance, the bird’s beak is substituted by lips while its claws are changed to feet. It is unsure what the birds symbolized. The most prevalent theory is that they were the emblems of the royalty. Today, the soapstone birds can be found on Zimbabwe’s flag.

*R500 extra for border fees if you tow

Complete itinerary will be send upon deposit payment