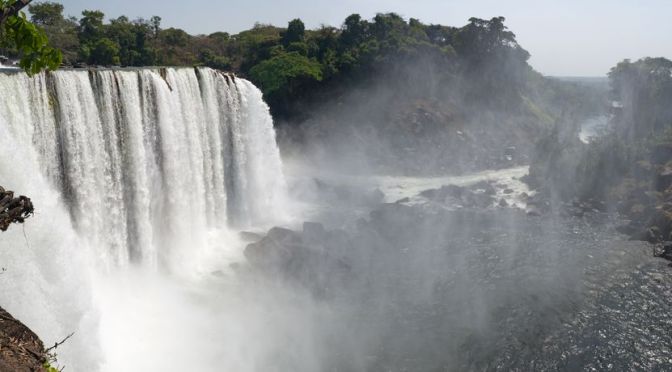 We all travel for a reason. Whether it is for the experience, the thirst of adventure and to explore new places.

We here at Trans Africa proud ourselves as market leaders hence our slogan “Often Copied – Never Matched”. With this tour we will be doing just that, we will explore Northern Zambia and all the hidden gems it has to offer. This is a very exclusive tour that has never been done by anyone before and not much is known about that part of Africa. This is our much anticipated recon tour for 2020.

The area we plan to visit is littered with some of Africa’s greatest Lakes, spectacular unknown waterfalls and rivers. Potential travellers for this epic adventure must please set aside 2 more days for unforeseen circumstances, road conditions, border posts, availability of fuel etc. The idea is to have a relaxed travel adventure and not a “rally” from camp site to camp site. If we do find a nice place and the majority of the group wants to stay one extra night, we’ll do that. This tour has a basic itinerary, we will consult with locals and fellow travellers on the due course for the next day.

The open spaces on the untamed north of Zambia, starts from the pedicle – the piece of the DRC that juts out into the country’s midriff. From here, the national road shoots straight up north to Tanzania – passing national parks, vast wilderness areas, monuments, heritage sites and waterfalls all the way along.

Attractions in the north include Lake Tanganyika, Kasanka National Park, Chishimba Falls, the Mutinondo Wilderness, and even the eerie Shiwa Ng’andu – an English colonial mansion buried deep in the Zambian bush.

Northern Zambia is one of nature’s best-kept secrets.

This adventure will start in Kasane and end at Kapishya Hot Springs near Mpika and covers around 3 250 km.

Places we will visit include the following:

The aim of this tour is to explore and find new places off the beaten track. To do what Trans Africa does best – Find new routes and places for our ongoing growing list of clients. Very little is known of Northern Zambia as a tourist destination although it has the potential to be the best in Africa. Are you adventurous enough to join us in this search to have your name written down as the first ones to explore this route? Very limited space available. Only 3 of the 5 spots are up for grabs.

A series of water pools and rapids culminating in the main falls about 30m high on the Ng’ona River. This very picturesque waterfall was believed to be a sanctuary of spirits while the waters of the Ng’ona River are used for bathing chiefs before they are installed on the throne so as to cleanse them of bad luck and misfortune.

The Kalambo Falls on the Kalambo River is a 772ft (235m) single drop waterfall in Tanzania, very near the border with Zambia at the southeast end of Lake Tanganyika. The falls are some of the tallest uninterrupted falls in Africa (after South Africa’s Tugela Falls, Ethiopia’s Jin Bahir Falls and some more waterfalls). Downstream of the falls the Kalambo Gorge which has a width of about 1 km and a depth of up to 300 m runs for about 5 km before opening out into the Lake Tanganyika rift valley.

Mumbuluma Falls, situated near Mansa town, cascades down in two steps on the Mumbuluma River. The temple for the protective spirits, Makumba and his sister Ngosa, are situated some distance south of the Falls. The temple has a sacred fire which never goes out and is tended by the priests. According to legend, Makumba and Ngosa fell from the sky.

Near the Chipembe Pontoon in the Northern Province, an astounding drop in the middle of nowhere creates what looks like a smaller version of Victoria Falls. 35m high and 100m across, the falls nourish a small rain forest on the Kalungwishi River. They are quite magnificent and well worth the 9km detour off the main road.
Lumangwe Falls is like a miniature Victoria Falls except this one is no slouch in its own right. It appeared to be roughly 20-30m tall and spanning a width of over 50m. But it had that wide rectangular shape that made this one of the more memorable waterfalls we saw in the remote Northern Zambia.

Five km’s down the Kalungwishi river from the Lumangwe Falls (above) you’ll find this group of three powerful cascades, each spilling into the next. The Falls are a revered shrine for the local people. Many frogs are seen here which locals say they are the earthly forms of snake spirits. The Spirits do not allow the building of houses or any frivolity nearby. Beneath the falls there is a thickly wooded ravine and some ancient paintings adorning nearby rock faces beneath a permanent rainbow.

When one looks out over Lake Bangweulu, the grey blue waters disappear into the horizon, blending in completely with the colour of the sky. It is difficult to tell just where the horizon is. ‘Bangweulu’ means ‘The Place Where the Water Meets the Sky.’

The Lake is exploited more as a fish source than for its tourist potential. This is unfortunate, as it’s beauty is breathtaking.

This truly beautiful lake is located on the far north-west border of Zambia and is shared more or less equally with DRC. The Luapula River flows in from the south having formed the official border between northern Zambia and DRC. It also drains out from the lake in the north. The Kalungwishi river flows in from the east. Both river mouths form important deltas that serve as fish breeding grounds.

Lake Tanganyika is an African Great Lake. It is the second-oldest freshwater lake in the world, the second-largest by volume, and the second-deepest, in all cases after Lake Baikal in Siberia. It is the world’s longest freshwater lake. The lake is shared between four countries – Tanzania, the Democratic Republic of the Congo (DRC), Burundi and Zambia, with Tanzania (46%) and DRC (40%) possessing the majority of the lake. It drains into the Congo River system and ultimately into the Atlantic Ocean.

What do you need: